Beyond the Pager: How Secure Text Messaging Apps are Modernizing Healthcare Communications 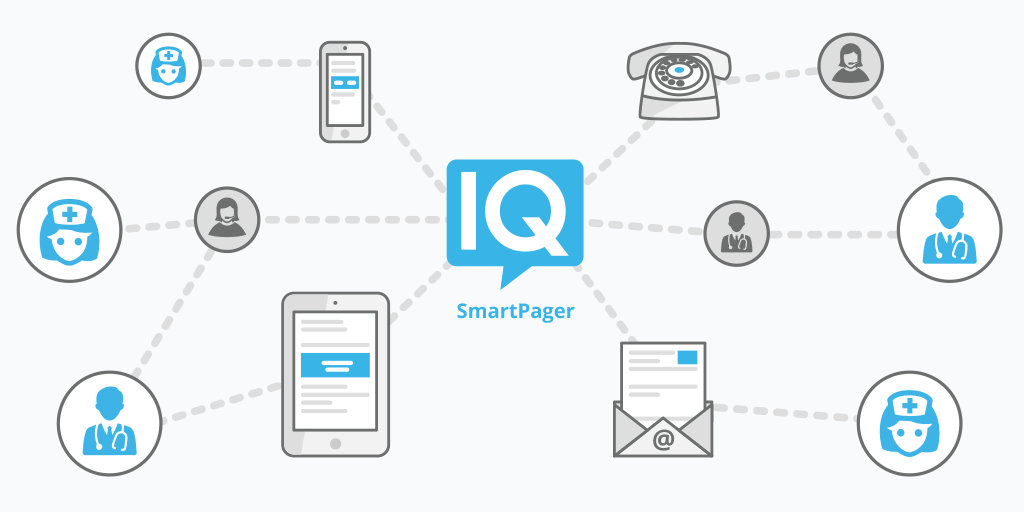 The 1980s were responsible for a number of contributions to the advancement of technology—Walkmans, VCRs, the Apple II computer, and pagers all laid the groundwork for the technology we love and use in our daily lives today. Yet, in all but one case, medical professionals have moved on. In an era where we’re all carrying devices that exceed the capabilities of the most powerful 1980’s computer, why are hospitals still relying on a relic as their primary method of communication? 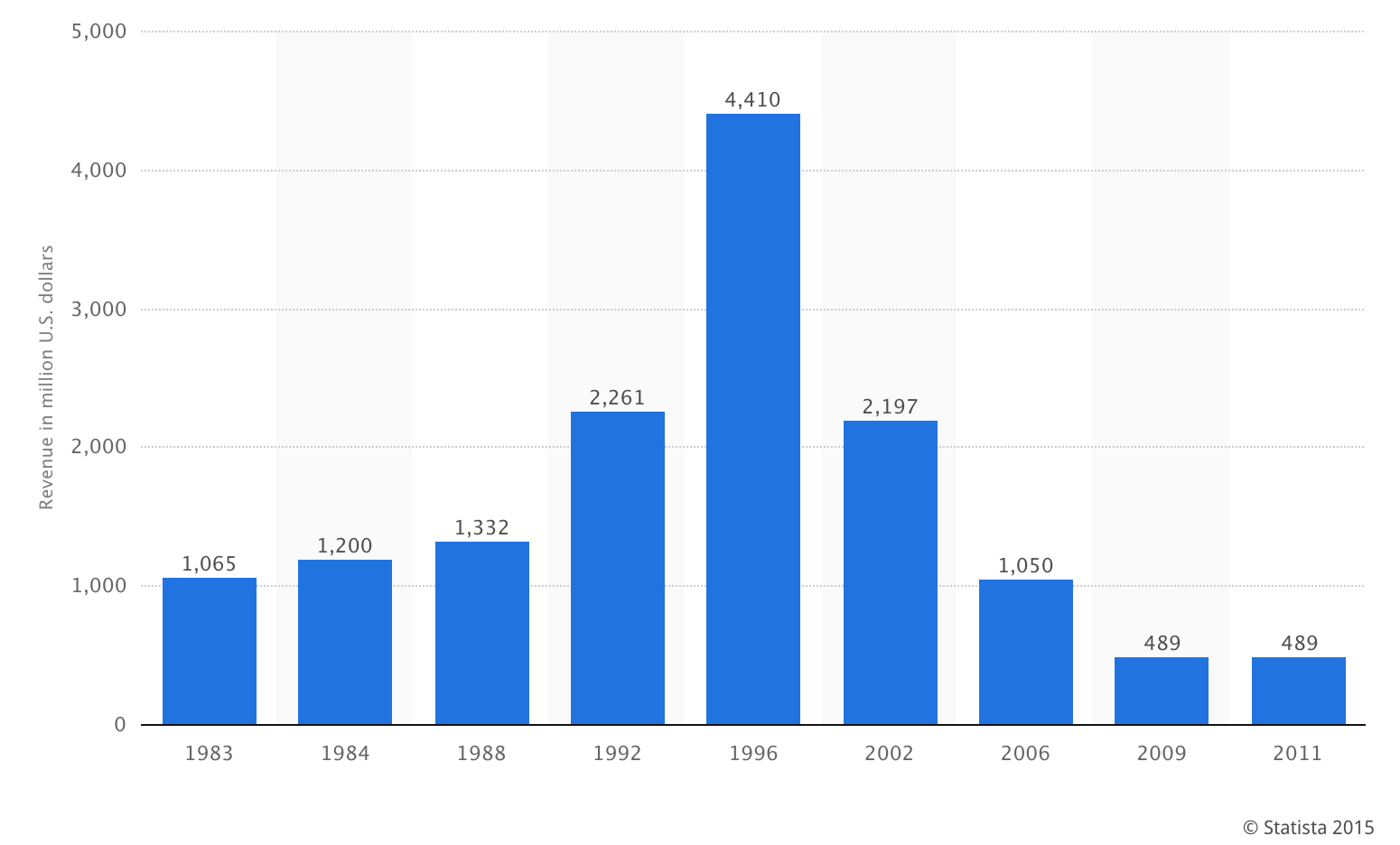 Like it or not, many of the national dedicated paging networks are on the decline. Flat and decreasing revenues mean that the companies are having difficulty investing more money into maintaining the infrastructure, and for justifying doing so. US Pager revenue has plummeted from a high of $4b in 1996 to $489m in 2011 (like the pager networks themselves, statistics on pager usage are failing to keep up.) Frequently, paging towers become inoperable due to equipment failure or a storm, and take several days or even weeks to get rectified. At the same time, investment in cellular networks is skyrocketing, and these networks are getting increasingly better coverage on continuing basis. In addition, many hospitals across the US now have deployed in-building WiFi networks and provide their clinicians with dedicated access for their mobile devices. While wireless coverage concerns still exist, as time goes on these concerns are being minimized.

Another downside to medical pager use: they’re solely a one-way communication medium, and as a result create an open communication path. Pagers provide absolutely no feedback that a recipient has read or responded to a message, creating confusion and leading to severely delayed response time. This, in turn, impacts quality of care and patient safety. The ability of a provider to quickly respond with a short text message can be a very effective method of response, especially given how busy they are. This response path is not possible with pagers.

In a study conducted by Toronto's St. Michael's Hospital, it was found that with pagers, nursers waited, on average, for 6 minutes before receiving a response (Doctors Urged to Ditch Pagers In Favor Of Smartphones) . By using a secure medical messaging app, that response time dropped to 1.6 minutes—a 75% improvement.

A second study found that 14% of pages in a medical center were sent to the wrong physician, with half of those classified as 'emergency' or 'urgent'. In high-risk or rapid-response scenarios, such errors can be catastrophic. Smartphone approaches have one very distinct advantage in priority paging scenarios—the fact that the sender knows if the recipient has received the message, and the opportunity to take further action if they have not—a workflow that is impossible with pagers. For example, our SmartPager system automatically tries to contact a user using different methods if a response isn’t received, and will even escalate unread messages to another user according to existing escalation paths.

Any urgent situation should have a backup protocol regarding contacting users in the event of device or network failure. For example, for stat or code paging, overhead PA systems should be used as part of a contact process in addition to pagers or smartphone apps. The advantage of using a two-way messaging system in such an event is that the sender, such as dispatch, can observe if the recipients are getting the messages—and if they aren’t getting them within an acceptable timeframe, they’re able to revert to alternate methods, such as overhead PA voice paging. This is impossible with pagers due to their one-way nature and lack of verifying received messages.

14% of pages in a medical center were sent to the wrong physician, with half of those classified as ’emergency’ or ‘urgent’.

By nature of being wireless, no communications solution can ever be perfect. However, an optimal system can mitigate the risks of missed messages through the ability to detect that recipients have not read messages, report status the sender, and offer options to configure escalation protocols. Delivery detection, text responses, and escalation protocols are only available with a two-way messaging software based system, and can not be accomplished with traditional medical pager system. At the same time, these systems must be set up and deployed properly to ensure these advantages are leveraged.

A major roadblock to the adoption of modern pager replacement solutions in a healthcare setting is concern over the cost associated with evaluating, implementing, and rolling out a pager alternative. While this is certainly a valid consideration among cost-conscious healthcare organizations, the true cost of pager reliance is staggering. An oft-cited statistic in Ponemon’s Report on the Economic Impact of Inefficient Communications in Healthcare estimates the annual cost of communication breakdowns due to pager use clocking in at $1.75M per hospital, and an industry-wide cost of $11B—and this doesn’t even factor in increased discharge efficiency and the inevitable increase in patient satisfaction that follows.

For those organizations reluctant to release their grip on the pager: we get it. Pager use remains high in the healthcare sector for a number of reasons: reliability, the necessity for a dedicated pager number, concerns over personal number availability, and apprehension over workflow disruption should an alternative be used. Modern messaging solutions are able to address these concerns by plugging existing pager functionality into the new solution; with SmartPager, customers are able to retain a dedicated number, ensuring that pager workflows aren't disrupted, only augmented. To staff accustomed to pager use, the experience remains largely the same—however, end users now have access to a wealth of valuable additional features, including automated escalation and triage paths, group messaging, and two-way communication

The benefits of migrating from an outdated pager system to an intuitive medical messaging service are too numerous to ignore, and healthcare organizations are taking note. As pager networks lapse further into obsolescence, it would do organizations well to get ahead of the curve in terms of technology adoption and give themselves a competitive edge against those organizations resistant to change.

Looking for a medical pager replacement solution built specifically to augment healthcare workflows?
Get a live demo of Telmediq's SmartPager

Interested in trying our solutions?
Enjoy a free 30 day trial when you email us today.